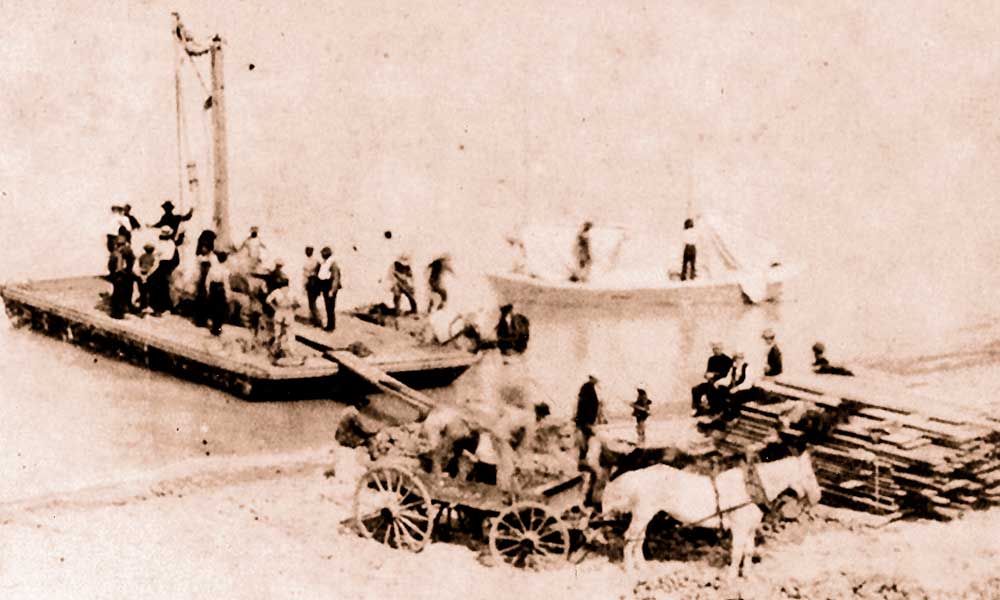 In 1900, Narcisse Cantin, the early “developer” of St. Joseph, approached the Canadian Government (then called the Dominion of Canada Government) to request the construction of a government wharf. He and Father Prudhomme, the parish priest, went to Ottawa to meet with J. Israel Tarte, Minister of Public Works.