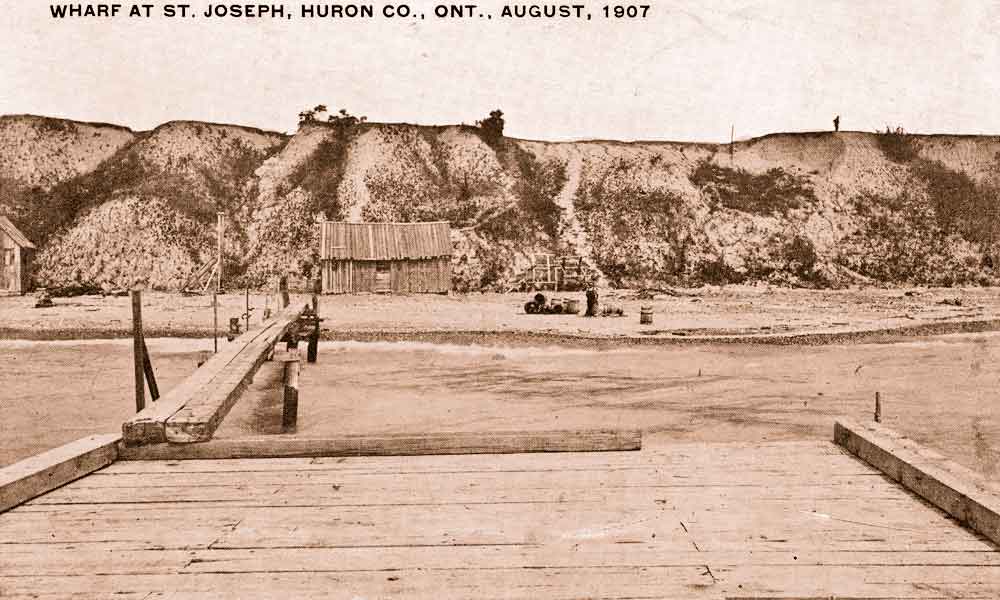 On the wharf looking back to shore

In 1900, Narcisse Cantin, the early “developer” of St. Joseph, approached the Canadian Government (then called the Dominion of Canada Government) to request the construction of a government wharf. He and Father Prudhomme, the parish priest, went to Ottawa to meet with J. Israel Tarte, Minister of Public Works.